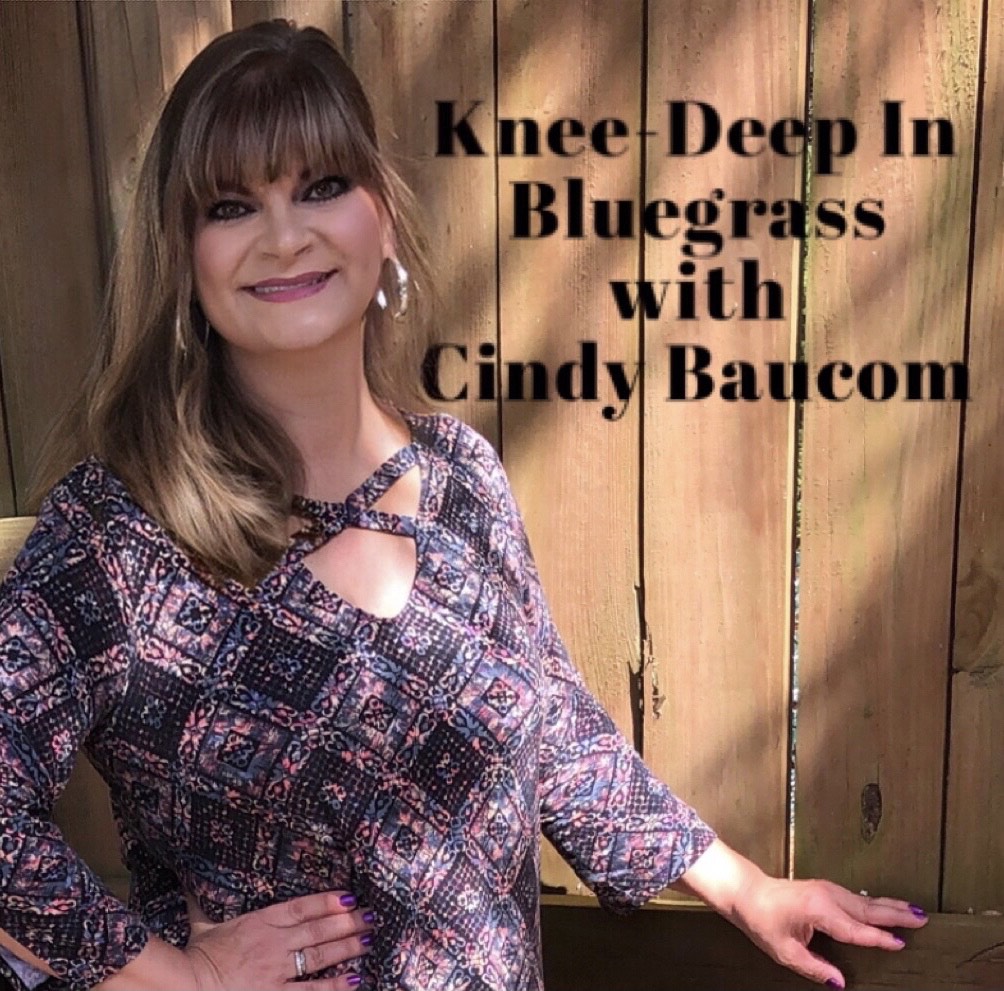 For more than thirty years, Cindy has pursued her passion for Bluegrass Music as an award winning broadcaster, producer, promoter, singer, musician, writer, photographer and MC. Her national radio show, “Knee-Deep In Bluegrass”, went into syndication in 2003 with distribution by the John Boy & Billy Radio Network. Now heard in over a hundred radio markets, Cindy uses her knowledge of the music and enthusiasm to entertain and educate the listeners of her show. Her radio career started at the age of seventeen at her hometown station, WKSK in West Jefferson, NC. Her radio work continued regionally over the next fifteen years at WKBC, North Wilkesboro, NC and WFMX, Statesville, NC, preparing her for her ultimate broadcasting goal of national syndication.

Cindy was elected to the Board of Directors of the International Bluegrass Music Association and served two, 3-year terms consecutively, including one year as the IBMA Board’s vice-chair. She was producer of the 2008, 2009 and 2010 IBMA Awards Show at the Ryman Auditorium, Nashville, TN.

Cindy has been involved with Merlefest since its beginning in 1988 and started serving as MC in 1990. Her MC work has taken her to a variety of stages and venues over the years.

She credits her early love for Bluegrass 100% to her father who played banjo, fiddle, guitar and mandolin and built stringed instruments. As a teenager she performed in a band with her dad and went on to work in other regional bands, singing and playing bass and guitar. She feels fortunate to have been presented the opportunities to promote the music she has loved all her life.

While being blessed with many accomplishments, Cindy is most proud of her family – children, Houston, Molly and Hunter, grandson, Kayden and husband, Terry. She thanks her mother and brothers for tolerating her Bluegrass obsession when she was relentlessly thumping bass to albums late into the night; carrying around a cassette recorder insisting on an interview; having jam sessions in the den; and begging to attend the next festival or show. She dedicates her work in Bluegrass to the loving memory of her dad, Jim Brooks, who taught her that music is less about notes and lyrics and more about the bond it creates among those we share it with.